Open Humans enables participatory research. Blurring the line between scientist and research participant is part of our mission – because we know that data sharers can become data explorers and tool builders, too!

Read on to learn more…

Did you know iPhones store health data? You might have data you didn’t know about! Since 2014, iPhones have been tracking your activity (e.g. steps) data through the ‘Health’ app. They can also log lots of health data – from blood glucose to weight!

This data is private on your iPhone, but you can decide to share it. James Turner, one of our most engaged and “connected” participants, has applied his iOS developer skills to create the Open Humans HealthKit Integration app to allow you to export HealthKit data to Open Humans!

In the past few months, Open Humans has expanded our features to allow projects to add data to member accounts. We hope researchers use this to return data, but we’re thrilled to see it used by a community member to create a new, valuable data source!

There’s a ton of health and fitness data being captured by iOS users now, and the HealthKit Export app is an attempt to make that data accessible to researchers in a standardized format. 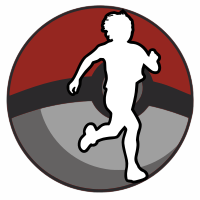 This non-study project allows you to contribute to an open data set of physical activity levels for summer 2016. The inspiration for this project was the Pokemon GO craze, but anyone with an iPhone or Fitbit can participate.

This is mostly a personal project. Pokemon GO has been such a phenomenon, and I wanted to create something fun in response! Sharing data like this can create invaluable resources for students and citizen scientists to explore. I also wanted to provide an open source demo for how to make projects on Open Humans – it’s easier than you think! I’ll be writing up an explanation on how it was set it up, and open sourcing the code used.